Home / Eats / 7 Sodas That Aren’t Terrible For You

7 Sodas That Aren’t Terrible For You 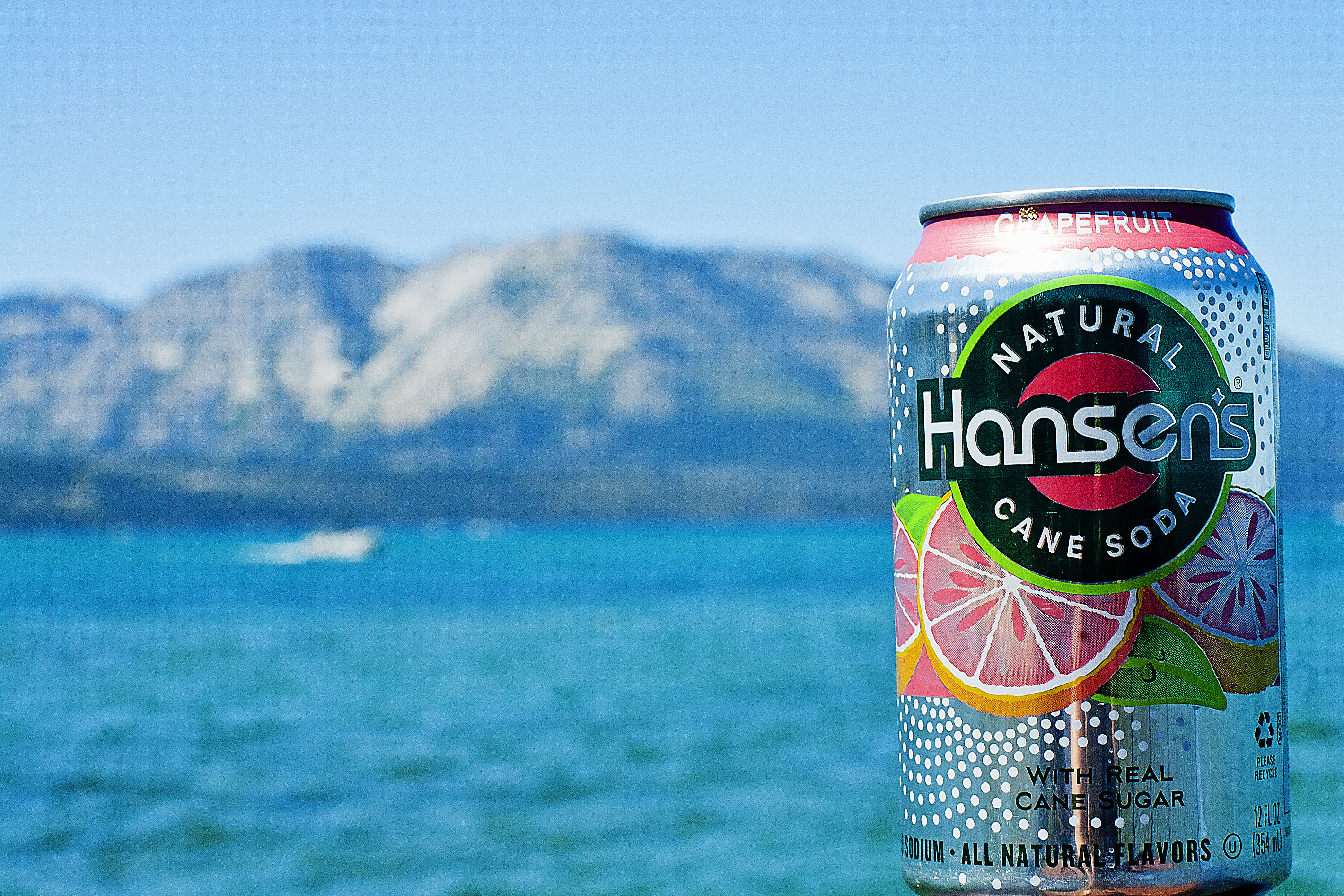 There’s plenty misconceptions about health today. Milk’s good for you one day and bad for you the next, for example. One piece of health advice that is rarely disputed, however, is the risk that soda poses to everyone’s health. Some people believe that diet soda is the “healthier” of the soda choices, but this simply isn’t true. Diet soda greatly increases a person’s chances for high blood pressure and obesity.

Soda drinkers in general have a higher risk for cancer and although sugar is a carbohydrate, it’s not the same energetic carbohydrate that is found in starchy foods. Because of this, soda drinkers receive the calories without feeling full and are therefore more likely to gain weight. The secondary molecule in sugar is fructose (the other is glucose). Fructose cannot metabolize in every aspect of your body like glucose – it can only metabolize in the liver. This can cause a fatty liver down the road, which can lead to non-alcoholic fatty liver disease.

Although subcutaneous fat is not linked to harmful disease, visceral fat is a concern. It gathers around a person’s internal organs and causes them health problems. This type of fat is exacerbated by fructose. Soda also raises your blood sugar levels and may make you more resistant to insulin, since your pancreas must work harder to remove it from your bloodstream. This can lead to type 2 diabetes and heart disease.

There are so many other health concerns associated with sugary drinks like soda, but the point here is that long-term consumption of traditional soda will cause more serious issues down the line. So, what should you drink? Giving up soda can be hard, so here we’ll explore 7 sodas that aren’t terrible for you.

Hansen’s Natural soda comes in a variety of flavors and tastes amazing, according to reviews. They pride themselves on their unique, bold flavors and their use of fruit extracts! Most sodas are around 150 calories per can and they even have a diet soda line that uses Splenda instead of the pure sugar cane sweetener they normally use. They’ve been making non-pasteurized juices since the 1930’s, so it gives them a solid foundation of freshness and originality to stand on, as well. You can buy an eight pack of this soda from your local Walmart for just $5.00.

This diet soda is sweetened with Stevia and erythritol. Stevia is a South American plant that commonly replaces sugar. It’s actually been used as a substitute for hundreds of years. Erythritol is a sugar alcohol and is derived from fruits and berries. The reason this substitute is used is because of the less energy dense carbohydrates of sugar alcohol compared to sugar cane.

In addition to their soda line, they also offer organic teas and lemonades. Their containers are recyclable and also come in glass bottles, for those who prefer to minimize their negative effects on the Earth. In March of 2015, two years after its original release, Honest Fizz became entirely organic. Its original reasoning for not doing it sooner was because the Stevia and erythritol would have raised the cost beyond what customers could regularly pay. But times have changed and now you can buy a six pack for only $6.00 at your local Walmart.

Boylan Natural Soda make their sodas with pure sugar cane and you get about twenty five to forty grams of carbs per can unless you choose one of their diet beverages. Their diet beverages are made with Splenda instead of Stevia and erythritol, but they do have a rich history behind their company that backs up their more expensive pricing ( $30.00 for a pack of twelve).

Boylan Natural Soda first opened their doors in 1891. William Boylan was a pharmacist in New Jersey and mixed up a medicine derived from birch trees. He called it “Boylan’s Birch” and first sold it by the cup out of the back of a wagon. In 1900, he partnered with a politician named John W. Sturr, but they went their separate ways soon after. During the Prohibition in the 1920’s, his product was sold in beer barrels that no longer had a purpose during this time. By the end of the 20th century, Boylan graduated to glass bottles and today the company is proud to continue the line of hand-crafted sodas.

A healthier soda that has traveled all the way from 1891 and through the Prohibition may be worth $30.00 for twelve bottles. Maybe.

Zevia natural soda always has zero calories, so it’s the perfect complement to any diet! Also, it’s made with NO sugar or anything artificial. It’s sweetened by Stevia, which is a selling point for a lot of consumers looking to make healthier lifestyle choices. It’s also a Non-GMO Project Verified product, so their beverages are considered more green and their labels are more forthcoming about what is actually in their products. They never use phosphoric acid, since it has been linked to bone, teeth, and kidney issues. They use recyclable packaging and also take care in how they transport their wares, ensuring that their negative impact on the planet is as minimal as possible.

Their beverages are also approved for vegan lifestyles, in addition to being kosher and gluten-free! All of their beverages are clear in color, which is important to many health-conscious consumers due to the risks of arising health concerns (such as cancer) that are said to stem from caramel coloring. All of their drinks are sodium free, unlike several other natural sodas on this list, and their ingredients are as close to nature as possible. They use plant-based ingredients in all of their beverages, keeping you as close to the field and vine as possible. They use citrus oil, ginger, and other such herbs and spices that you would find in your own kitchen.

They pride themselves on making “smarter choices.” What they mean by this is that they are mindful of what exactly they put into their beverages, but also of how they create the containers and produce their product. They are greatly concerned with the planet and their customers, so they aim to reduce their carbon footprint and ensure that what they provide the public is as healthy and safe as possible.

Blue Sky Soda boasts of authentic, quality products. For 40 years (since 1971), they have crafted original beverages inspired by blue skies and open air – which is where they came up with their company name. They use all-natural, straightforward ingredients, including pure cane sugar. If you’re looking for your caffeine fix, though, look somewhere else. Blue Sky Soda’s beverages are 100% caffeine free.

Veri Organic Soda claims to have made their beverages with their own children in mind, putting the focus on the health of their customers above all else. They also claim to care a great deal about the environment. In that vein, they choose not to add any kind of artificial ingredients in their beverages and also ensure that the ingredients they use are clear of pesticides, colorings, preservatives, and synthetic sweeteners. They purchase their ingredients from farmers that hold similar values, who promote biodiversity and are advocates of soil and water preservation. All of their products are USDA certified and they are all CO2 and water neutral, leaving a zero carbon footprint on the planet.

Veri Orange is only sixty calories, so its a healthy complement to any meal or snack. It’s also caffeine free, gluten free, sodium free, and contains no high fructose corn syrup. It starts with a base of sparkling water, then cane sugar, orange juice, lemon juice, orange extracts, and stevia leaf extract – all of which are 100% USDA Organic. It’s also Non-GMO Project Verified and low glycemic – meaning it less intensely affects glucose levels in the body. Since it uses all natural ingredients, it also tastes more like orange than the astringent taste of the orange sodas to which consumers may be more accustomed.

Veri Organic’s Cola is only sixty calories and is produced with spices and organic caramel, which gives it a natural brown color. As always, this beverage is also non-caffeinated. Their lemon-lime sparkler is sixty calories, refreshing, and good for school lunches or an evening cocktail, and their organic Ginger Ale is sixty calories, great as a pick-me-up, or to relieve an upset tummy.

With such straightforward business practices, Veri Organic has proven they are a respectable company with their customers’ best interests in mind.

Sky Valley Organic Soda always uses sparkling water and an array of high-quality, organic ingredients. Their beverages are Non-GMO Project Verified, certified organic, gluten free, and vegan! These sodas are made from organic juices and sugar cane. They’re lightly carbonated, low in calories, and lower in sugar compared to some other natural sodas.

You can buy a pack of four Sky Valley Sparkling Sodas from Whole Foods for around $7.00, or a twelve-ounce bottle for around $2.00. They say that Sky Valley tastes just like traditional soda, but with less sugar and a lower risk of health concerns.

So, in closing, there are several different products on the market right now to help you kick your sugary, carbonated habit and help you live a healthier life. Sparkling water and a little Stevia may just save your heart, liver, and lower your risk for type 2 diabetes, too. When you stop drinking sodas made with artificial sweeteners, your body stops craving sugar. A problem with so much artificial sweetener in traditional soda is that the body anticipates receiving sugar, but doesn’t receive it. This creates an addiction to sugar and can lead to over-consumption of other foods to make up for it, resulting in weight gain.

Many people find it’s a lot easier to lose weight after kicking traditional soda, as well, and it also eliminates the excessive visceral fat that can cause health complications later. Refined sweeteners have also been stripped of all nutrients, so your immune system takes a dive when you consume traditional soda – but this is resolved once you start drinking natural sodas instead.

The jury’s still out on whether bacon, eggs, milk, and a slew of other foods are good or bad for you, but at least now you know for certain that science has proven traditional sodas to be unhealthy. So, enjoy your all-natural, organic, healthier beverages while supporting a few companies who want to protect our planet and reduce their carbon footprints.