Home / Body / According To New Study: Type 1 Diabetes May Be Triggered By Common Virus

According To New Study: Type 1 Diabetes May Be Triggered By Common Virus 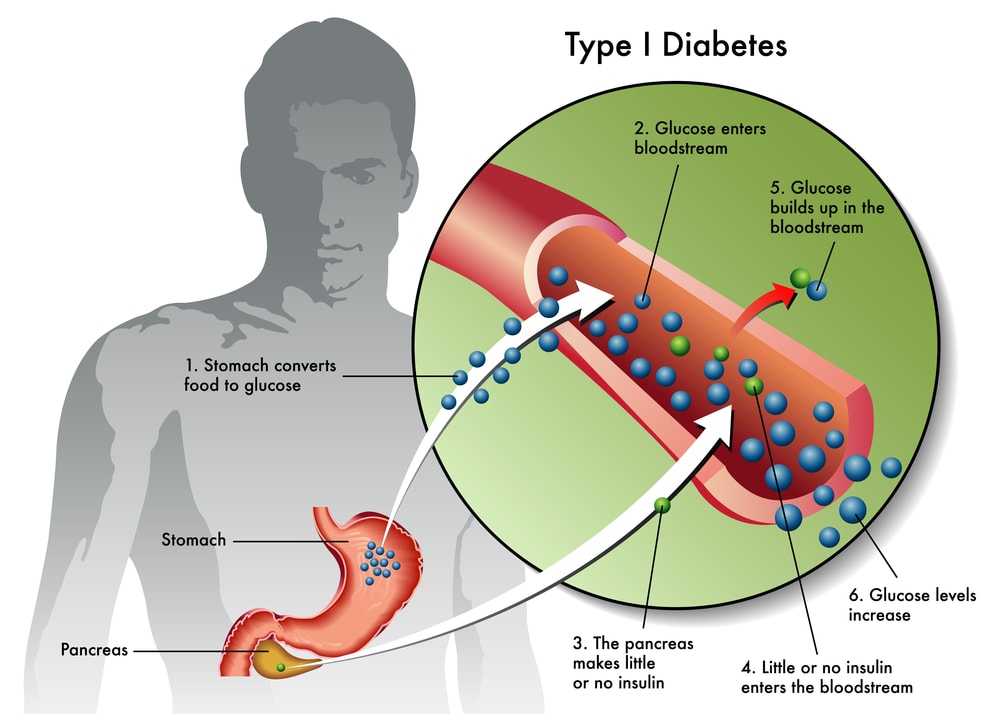 A new study suggests that a common virus may increase children’s risk of developing type 1 diabetes, raising the possibility that a vaccine may one day help prevent the lifelong disease. While this may not be the first research on the subject, the authors say it’s the largest and most definitive study to date.

Enteroviruses are a group of viruses that usually cause mild illnesses, like the common cold. However, certain strains of enterovirus can cause more serious symptoms.

Previous research has also suggested that children exposed to enteroviruses are more likely to develop type 1 diabetes than those who have not. Researchers at the University of Tampere in Finland tested more than 1,600 stool samples from 129 children who had recently developed diabetes and 282 non-diabetic children for enterovirus RNA

The results, also showed that enterovirus infection typically occurred more than a year before children tested positive for islet autoantibodies, the first sign of type 1 diabetes. Taking this time lag into account, the researchers determined that children with diabetes have roughly three times more enterovirus infections than those without the disease.

There appear to be multiple pathways to developing type 1 diabetes. “In some way, enterovirus may be a trigger to going down the path to autoimmunity,” says Jessica Dunne PhD, director of discovery research at JDRF (formerly the Juvenile Diabetes Research Foundation) “But even for kids who may be at risk for developing type 1 diabetes, there are probably a lot of other things that have to happen to go all the way down that path.”