Home / Body / Is It Safe To Pour Bleach Down The Drain?

Is It Safe To Pour Bleach Down The Drain? 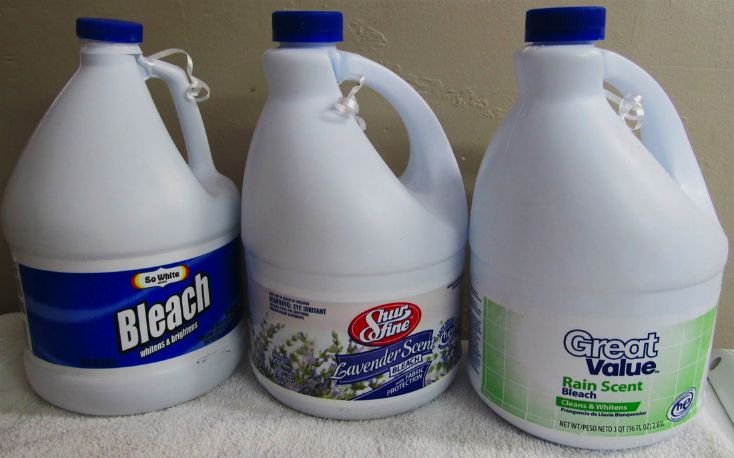 Everyday cooking and cleaning can lead to an accumulation of fat and debris in the kitchen and bath drains. No matter how careful you may be while cooking, some food waste, hair or fats always manages to slip through your fingers into the drain. A build up of all this can lead to blocked drain pipes and a whole lot of misery and repairs!

Many people resort to preventing this by pouring bleach into the drain on a regular basis, like once a week. They do this because bleach is a cleaner and disinfectant and think that pouring it down the drain every now and then can prevent a block.

However little do they know that this does not help them at all. In fact, doing this can actually mean they are inviting trouble as there is a high chance of triggering a dangerous chemical reaction if the bleach comes in contact with any household product they use!

Most people use bleach at home. It is a common household cleaner also known as chlorine bleach and is a liquid combination of sodium chloride with water and chlorine. The basic use of bleach is to whiten laundry which has grown musty with use and is also used as a disinfectant for cleaning kitchen surfaces.

In addition to all this, it is also a common ingredient in many household cleaners used for cleaning baths and toilets. There is also another form of bleach called oxygen bleach which is used for removing stains on laundry. However this bleach doesn’t contain the same disinfecting and cleaning properties which exist in chlorine bleach.

How bleach harms the body

The U.S. Department of Health and Human Services has mentioned in its Household Products Database that chlorine bleach can burn and sting the eyes and even cause injuries to the skin and mucous membranes if it touches it. It is even more harmful if swallowed.

The Washington Toxics Coalition (WTC) which is a non-profit in Seattle that supports the use of green friendly household products, warns that bleach can irritate both the lungs and eyes.

In fact, the fumes it emits when used alone can trigger an irritation to the lungs, which is why it is not advised to be used by people who are suffering from asthma or any heart or lung problems. Moreover, bleach reacts with ammonia and acids to form even more harmful fumes.

This is because chloramines gas is produced when both the chemicals mix, and the gas highly irritates the lungs. As many cleaning products in the market today contain ammonia it is better to avoid mixing these chemicals where possible.

The New Jersey Department of Health and Senior Services states that chlorine gas is released when bleach and acids mix. Consequent exposure to the gas can cause breathing and coughing problems, burning eyes and in extreme cases, trigger pneumonia and vomiting or even possible death.

Chlorine bleach is toxic to the body and environment as it releases dioxin, furans and other organochlorines to the air. This in turn triggers sore throats, coughs, wheezing, fluids in lungs and even shortness of breath. Moreover, studies have proven that there is a connection between dioxin exposure and developmental or reproductive disorders, birth defects and cancer.

Bleach is safe on it’s own

WTC states that bleach on its own is not harmful to the environment and that it breaks down into salt water in septic and wastewater treatment systems if used as directed. That’s why it works as an effective disinfectant when diluted with water and can be used for scrubbing non-porous food contact surfaces like refrigerator shelves and plastic cutting boards and air dried.

Some of the products which contain acids are toilet bowl cleaners, vinegar, rust removers, drain cleaners and some glass and window cleaners. If required, there is a list of all the chemicals which react with bleach available at the Chlorine Institute’s cl2.com website.

Now the next question that crops to mind is what are the better ways to keep drains clear. There has to be a solution as home drains do get clogged by food waste, hair and a grease in both kitchen and bath drains but which cannot be effectively dispersed by bleach.

WTC suggests carefully pouring boiling water down the drain as it helps free up a slow drain. Another option is to use mechanical methods like a plumber’s snake, hose-end bladder or plunger for clearing clogged drains.

There are of course some other safer alternatives you can try to use at home. It is important that you develop a habit of checking the ingredients in all the household cleaning products you use. It is safe to use vinegar, borax, lemon juice, sodium hydrosulfite (salt and water), oxygen and hydrogen peroxide in variable amounts to clean and whiten clothes.

However it is not safe combining them together as you never know what may happen! They are basically safer options to chlorine bleach. Even hydrogen peroxide which may sound like something dangerous amongst the lot, breaks down into water and oxygen in the wastewater.

One safe option you have is to make your own whiteners at home using lemon, borax or vinegar. There are also some pre-made and ready-to-use options available in the market which effectively make your clothes white and are safe for use at home.

· Ecover Non-Chlorine Bleach which is completely biodegradable and hasn’t been tested on animals. It does not contain any chlorine or optical brighteners and has been approved for use by the Vegan Society. It instead contains 100% percarbonate which is a combination of oxygenated water, salt and limestone.

· Seventh Generation Chlorine free Bleach which is color safe and non toxic. It is also biodegradable, safe for use in septic systems, phosphate-free and hasn’t been tested on animals. It is made from a combination of deionized water, oxygen bleach stabilizer and oxygen safe bleach.

So instead of inviting trouble by pouring bleach into your drains to clear and prevent blocked drains, it’s better to start using these eco-friendly and safe cleaning products at home instead!